Home / Who We Are / Our History

The founding meeting of what would become the Council took place on Feb. 3, 1988, with the idea of bringing together people who wanted to share their appreciation of Putah Creek’s wonderful riparian and wetland habitat and bring attention to needed conservation and habitat enhancement work.

However, during the summers of 1989 and 1990 the lower creek—a roughly 23-mile stretch from the Solano Diversion Dam to the Putah Creek Sinks in the bypass—experienced lengthy periods of no surface flows that resulted in substantial fish deaths, a general depression of the overall fish population, stress on the streamside riparian habitat and consternation on the part of creekside landowners, conservationists, birders, nature lovers and environmentalists.

On May 24, 2000 all parties to the new accord gathered at the diversion dam to celebrate a new era for Putah Creek.

After more than a year of negotiation with Solano water interests over emergency flows into the lower creek, Putah Creek Council, joined by the City of Davis and UC Davis, began a 10-year legal action on behalf of the creek’s fish and flows. On May 23, 2000, the Council, City of Davis and UC Davis officially resolved the lawsuit against Solano County Water Agency, Solano Irrigation District, and other Solano entities. Resolution brought permanent environmental flows to the 23 miles of Putah Creek below Putah Diversion Dam.

On May 24, 2000 all parties to the new accord gathered at the diversion dam to celebrate a new era for Putah Creek. For the Solano agencies, the new era brings water security, mutual reductions during extended droughts, a clear management strategy for riparian diversions, and some operational flexibility. For the environment, there are new flows for resident fish and ocean-run salmon and steelhead, substantial restoration funds, a permanent streamkeeper and the new Lower Putah Creek Coordinating Committee. 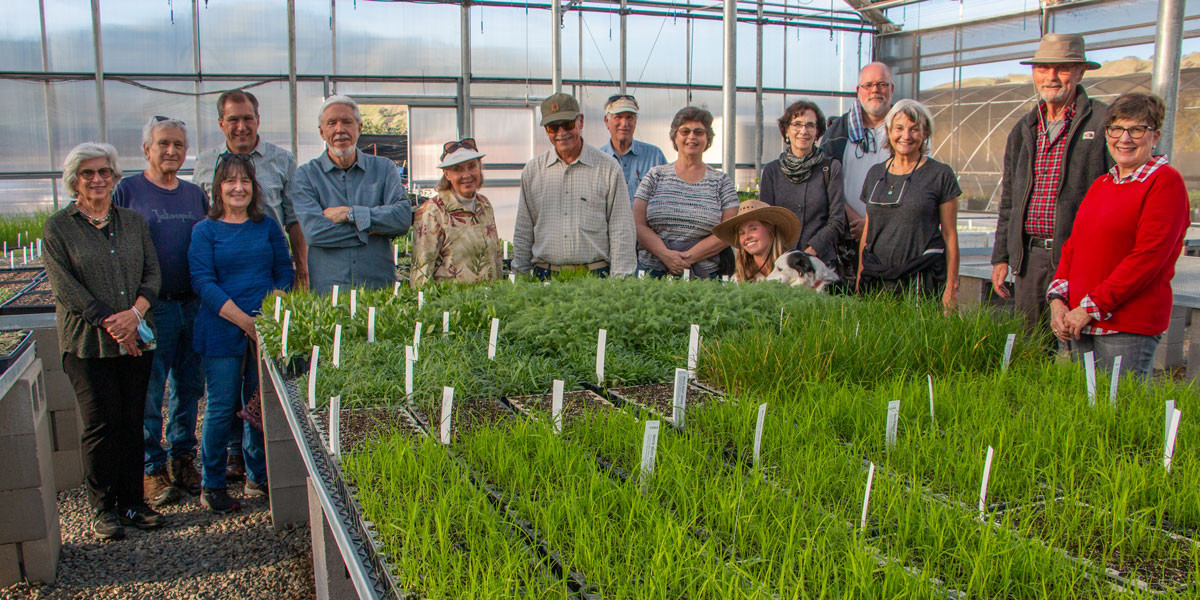 “An environmental tragedy is unfolding on the outskirts of Davis. Because of bureaucratic confusion about water rights and inadequate water releases below Lake Solano dam into the natural stream, the lower six miles of Putah Creek have been dry for over two weeks. Countless fish and aquatic life have been lost, cottonwood and willow trees are beginning to die out, and numerous species of wildlife have abandoned the riparian and wetland habitat they rely on for survival… Beaver dams and lodges sit exposed in the sweltering heat and thousands of dried carcasses of fish, tadpoles and crustaceans are imbedded in the drying mud of the creek’s disappearing potholes.”

The passage above jolted readers of the July/August 1989 issue of Putah Creek News just as much as the events had disturbed the Camp Putah day-camper kids who were watching the creek go dry at the UC Davis Riparian Reserve. 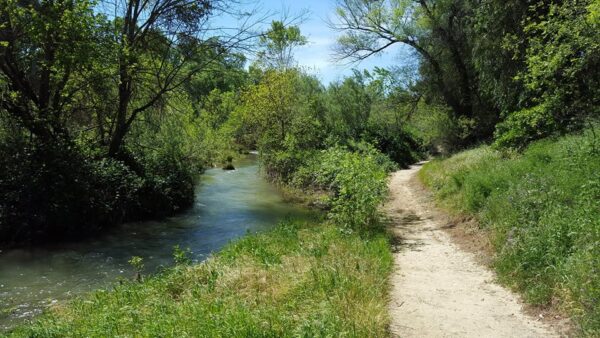 For Putah Creek Council and its many partners, an 11-year odyssey began in which Winters and Davis residents—and supporters throughout Yolo and Solano counties and beyond—worked hard to secure adequate flows for the creek.

In the summer of 1989, the state was settling into a seven-year drought and the creek went dry. The drought was not the only problem. The state never required flows to protect the creek’s environment following completion of the Solano Project in 1957. Worse, the releases that were required to supply landowners included a “dry year” release schedule that permitted reduced flows when inflow to Lake Berryessa fell below 150,000 acre-feet (af) per year.

In early 1990, the Council and others sought to purchase water from the US Bureau of Reclamation (Bureau) to avoid a repeat of the summer of 1989. On Aug. 15, 1990, the Council chose direct legal action and obtained an injunction securing temporary relief for the creek. The Council then filed a more formal suit in early 1991.

In 1993 a coalition was formed between the Council, UC Davis, and the City of Davis. The cornerstone of this alliance involved the university and city joining the Council’s 1991 suit for greater instream flows.

By early 1996 our day in court had arrived and we pursued our case for five weeks before Judge Richard Park of the Sacramento Superior Court. The judge ordered 50 percent more water for the creek. This was not all that the Council sought. The judge did not find the case for salmon and steelhead strong enough and perhaps he was concerned that the “water cost” to the Solano agencies to release water for these fish might be too high. Still, the Solano agencies appealed, halting implementation of new flows and, in time, starting new negotiations.

Why Were We Successful? 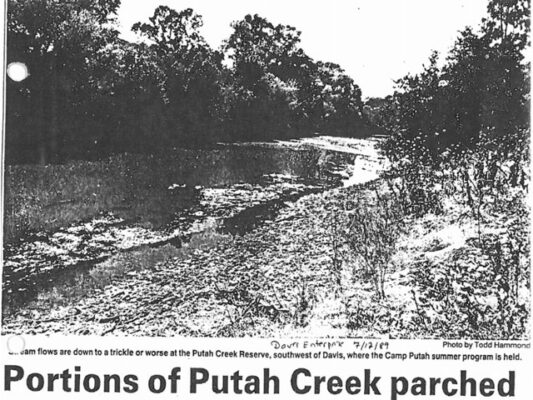 These two laws were the cornerstones of our case, and because no environmental flows had ever been set for Putah Creek, we weren’t arguing for reconsideration, we were saying: Do what was never done, what should have been done 40 years ago. This was persuasive in court and informally to individuals and public agency staff.

The community coalition was broad and formidable. While the Council started the instream flow suit, UC Davis and the City of Davis were invaluable partners. Without them, Putah Creek would not have permanent flows.

The Putah Creek Council was guided by an elegant rule: base all positions on the best available evidence. We never sought to exaggerate our case. If anything, we were constantly conservative to protect our credibility and maintain the strength of our coalition. Our hydrologic models of the creek were never seriously challenged. Neither was fish data. The debate focused on interpretation of information and the appropriate level of protection. We knew it was better to recognize water costs and advocate for the needs of the creek rather than delay progress with factual arguments.

What a wonderful group it is that watches over the creek. Meeting after meeting, regardless of the immediate prospects for success, volunteers wanted to help. Ever-present were friends who consulted on an issue, landowners who added a perspective, or old-timers who would generously share information on the creek’s former state.

Hammering out the settlement

Final resolution came from negotiations, outside the adversarial constraints of a courtroom. This was ideal. It allowed for detailed provisions that made the settlement work. But the setting for the final round of negotiations was unique.

Protecting the creek was also influenced by new recognition that water projects must provide greater consideration to the environment. In 1992 the Central Valley Project Improvement Act nudged the Bureau of Reclamation in this direction. In 1994 the Los Angeles Department of water and power agreed to accept protections for Mono Lake.

And in 1995 the ambitious federal-state CALFED program began its work to heal the Bay-Delta and its tributaries from the effects of water project. These events all made it clear that environmental protections for the creek could not be avoided.

Learn about our wonderful community of partners, supporters, and funders. 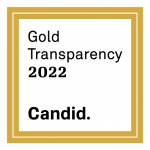